Topps Opening Day is a series of sets produced by Topps. The set is primarily geared as a low end, retail only set. The first "Opening Day" set was inserted into 1995 Topps factory sets. The first year the set was released on its own was in 1998. Since then it has been released every year. Starting in the mid 00's the set was released in April rather than later in the year. Topps skipped the set in 2009, but they included an Opening Day Ticket Stubs set in 2009 Topps Ticket to Stardom. 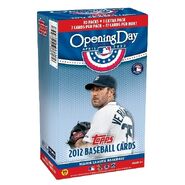 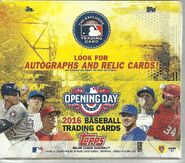 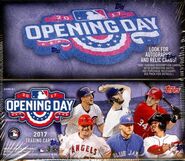